MELBOURNE, Australia, October 8, 2017 (Newswire.com) - ​​​​​​​​​The University of Melbourne has become the first University in the Asia-Pacific Region to issue recipient-owned credentials on the blockchain. The University issued its Melbourne Teaching Certificate using the Learning Machine issuing system, an enterprise platform that simplifies anchoring official records to the blockchain.

Professor Gregor Kennedy, Pro Vice-Chancellor (Teaching and Learning), said that the University is “very excited that its exploration of a new way of providing students with credentials was successful." Professor Kennedy added, “While we are entirely committed to the existing degrees and awards that the University offers, we are also interested in exploring how we can build a more diverse credentialing ecosystem. Issuing credentials on the blockchain is a key component of this investigation.”

While we are entirely committed to the existing degrees and awards that the University offers, we are also interested in exploring how we can build a more diverse credentialing ecosystem. Issuing credentials on the blockchain is a key component of this investigation.

Credentials stored on the blockchain cannot be tampered with, are private, and remain in the ledger permanently, providing a new level of security and longevity for recipients and verifiers. Learning Machine CEO Chris Jagers remarked, “The blockchain is an innovation that gives institutions brand protection while also giving individuals the benefit of owning their official records and taking them anywhere. Both issuers and recipients immediately gain a level of independence and security that wasn't possible before.”

Learning Machine blockchain credentials use the Blockcerts open standard, which means that they are learner owned, portable, independently verifiable, and interoperable with any system that supports Blockcerts or Open Badges 2.0. The Blockcerts open source code was developed by Learning Machine and the MIT Media Lab in 2016 and released to the public the same year under the MIT open source license. Using Blockcerts means that blockchain credentials remain owned by recipients and verifiable by third parties even if an issuing institution or vendor ceases to operate.

Recipients have full discretion over how they store and share their credentials through their private Blockcerts Wallet, an open-source mobile app available for both iOS and Android. When shared with a third party, such as a potential employer, Blockcerts are verified instantly and for free, saving institutions the time and labor traditionally associated with credential verification. This reduces fraud and misrepresentation while boosting the confidence of employers, governments, and schools.

Learning Machine’s Natalie Smolenski said, “Institutions all over the world--universities, governments, corporations, and others--are coming to terms with the logistical challenges of an increasingly mobile, global workforce and student body. The blockchain upgrades legacy methods of credentialing and verification, increasing both the security and efficiency of records processing. The Learning Machine platform makes creating, issuing, and managing blockchain records simple and intuitive at scale.”

For the latest news from Learning Machine, go to https://learningmachine.newswire.com or @LearningMach1. 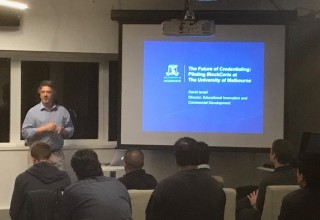 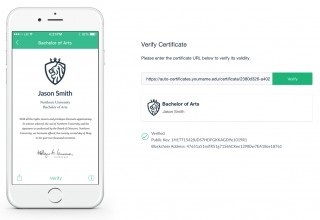 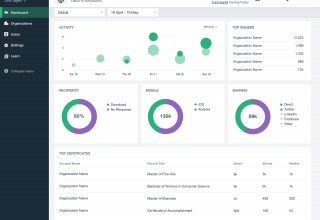 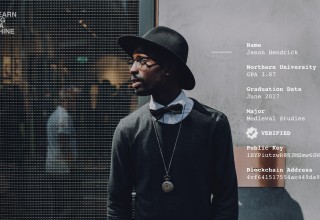